Propertyware is a cloud-based property management solution that enables users to market their properties online, manage properties through a web-based interface, and offer accounting features. The product is well suited for the needs of small & midsized businesses, as well as for single-family and low density & small residential property managers. The solution also helps individual landlords to manage rental properties & tenants.

? The software stores all data in the cloud, enabling users anytime access to customer & property data from any device type.

? The product allows users to communicate lease status, owner statements, work order status, or any other communication through a branded customer portal.

? Propertyware enables users to track leads throughout the sales lifecycle with tools for integrated call tracking and prospect management.

? The product offers integration with QuickBooks to track expenses and accept payments via credit card. 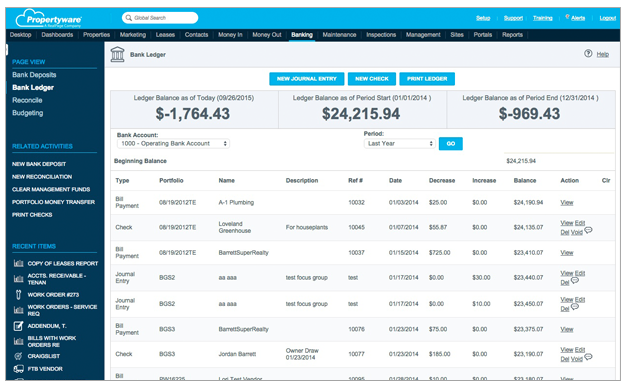 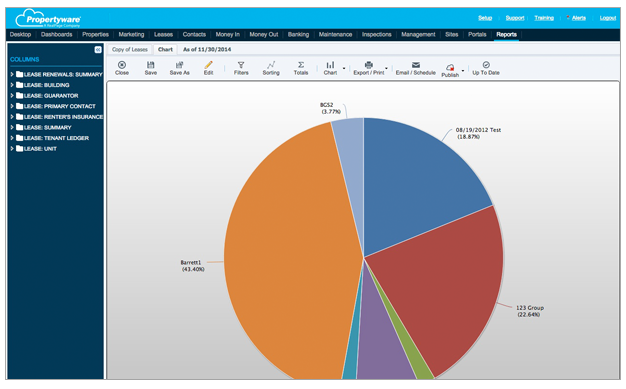 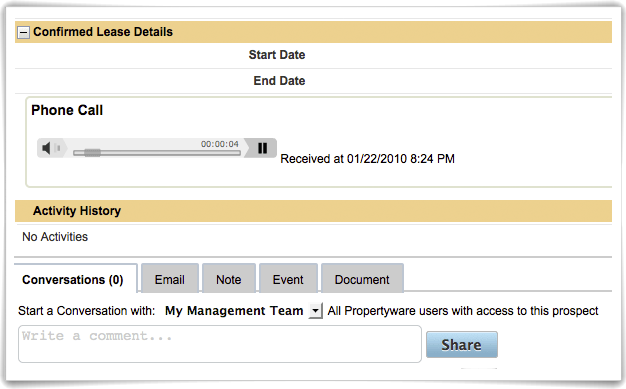 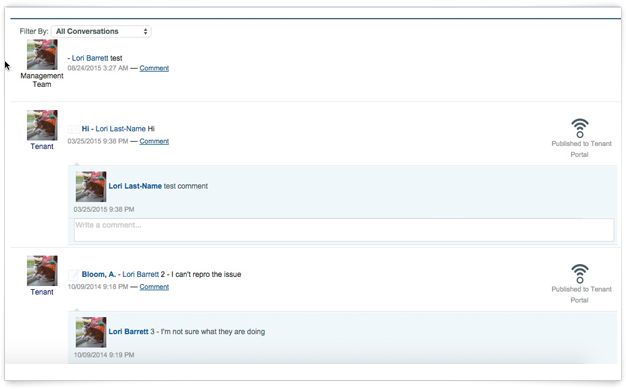 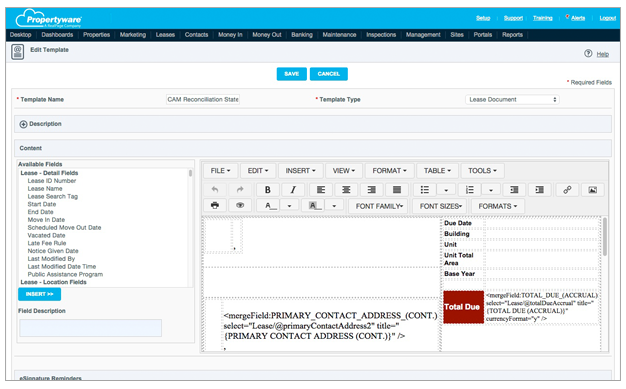 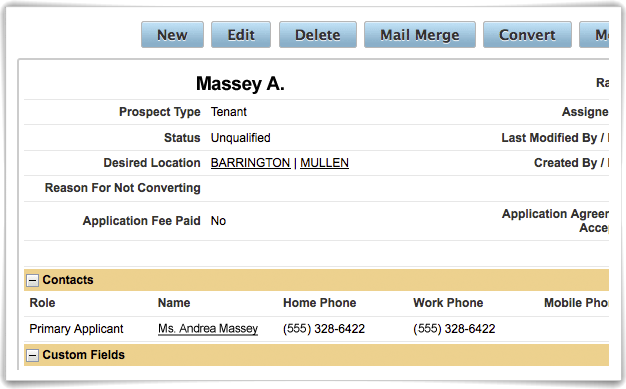 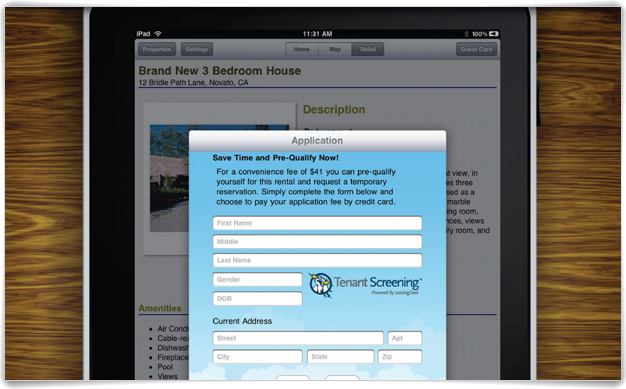 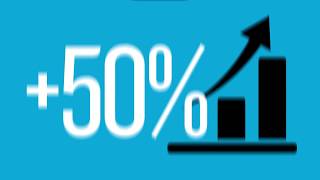 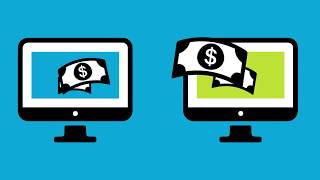 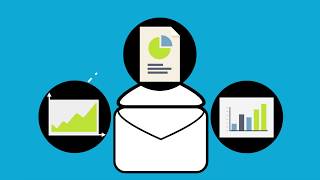 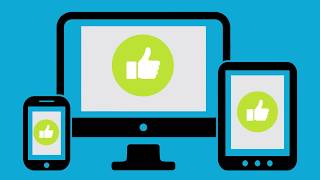 I've definitely gotten a scalable solution that helps property managers to maintain the properties with automated and optimized flows work.

I like social collaboration between property managers, landlords and tenants. Digital marketing functionality is very full of digital marketing. The training process is and implementation can be done in a very short time.

The downside is that it is not aimed at commercial or large properties. The software can not be installed on computers either, it can only be done through the cloud.

Hello, Carolina. Thank you for posting your Propertyware review. We do have plans to expand our solution for commercial property management use in the future. Would you be willing to share more information with us about your requirements?

I look forward to hearing from you and thanks for being a Propertyware user!

Propertyware is the best of the class

Propertyware makes us more efficient and gives us the ability to communicate with our clients far...

Propertyware makes us more efficient and gives us the ability to communicate with our clients far more easily. We run with a smaller staff needed, and provide a much better product as a result.

Unlike most software in this space, Propertyware is highly customizable, even having an open API available in its top-tier package. This makes the software flexible based upon your individual processes, rather than having to tailor your processes to work within the software, as is the case with Propertyware's competitors.

Technical support has improved over the years, but it is still not to the level I would like. No one likes calling tech support and getting someone halfway around the planet reading from a script. This is really my only complaint with Propertyware.

Reasons for Switching to Propertyware

Customizability was our number one priority. Being able to tailor the software to our processes rather than the other way around was a necessity. The other available options just don't allow for that. Propertyware does.

Hi, Todd. Thank you for submitting a review. We appreciate your feedback. I will share your comments with our Product Support team as well.

Easy to use for small property or individual rentals

I believe the software is great for a small company.

I believe the software is great for a small company.

I enjoy the simple processes of generating leases and setting up a reidents profile.

I dislike the renewal process. There are too many steps to process a renewal.

Thanks for taking the time to write a review, Mequeeta!

Propertyware is a good, but it's an expensive and flawed option.

They have a lot of great ideas, but they only implement them to about 90%. We are so angry and frustrated with the problems in PW that we have made the difficult and costly decision to cancel service and move to another software platform.

Propertyware does have many positives, but you can research those for yourself on their website or in other reviews. You need to know its shortcomings before making a decision:

1. PW is fond of saying something new is coming. Be prepared to wait. We have been waiting three years for them to release an Android app. The iPhone app has been out that long, and is already in version 2. Their tech keeps saying the Android app is coming, but it's still not here.

2. PW launched apps for both Android and iPhone for mobile inspections. I was even a part of the beta development. The beta was a whirlwind of development over two weeks. I was amazed at how quickly the tech department was writing code and updating the software to fix problems and make it better. PW launched the apps immediately after the two-week beta, and then, no more updates! The apps are flawed to the point that they are unstable and unusable in the field. Six months later, PW has done nothing.

3. Mobile from a tenant’s perspective. PW is not compatible with web browsers on mobile phones. More and more applicants want to apply online using their smartphones. Some people have a smartphone but no computer. PW will not accept a payment for an application or for paying rent on a mobile phone. We have complained to tech support, but they have not done anything to address the problem.

4. If you pay extra, PW can host your website. This is necessary to integrate rental listings, ePayments, portals, and online applications. In theory, this would be a good thing. However, the provided templates are awful. I regularly have to explain to people how to find the online application. I have asked PW to redesign the Apply Online tab to make it more visible. No luck in three years of asking. And PW really needs to hire a graphic designer. Not just for the web templates, but also for the graphic interface of the software and the automatically generated print brochures.

5. PW is confusing and poorly laid out overall. The main tabs should be better organized for one thing. There are four tabs for accounting across the top: Money In, Money Out, Banking, and Management. Under each tab are additional functions. You might think that is good, but it's confusing. It takes a significant amount of time to learn where to go to find the information or function that you need for any accounting work.

6. Generally speaking, PW has too many layers. It can take five or six clicks to drill down to the layer that has the information you need. Not only does this slow productivity, but it can be frustrating when you are on the phone with a tenant or owner. You have to pay careful attention to which layer you are on, especially before uploading a file. Place the file in the wrong screen, and it will be difficult to find later. Notes and Documents can be posted at every level. That means you have to open multiple levels to make sure you find the documents you need.

7. The search box is supposed to be universal, meaning that you can search for any information within PW very quickly. Just not vendors. If you need to find vendor information, don’t go to search, and don’t go to Contacts. That would be too easy. You have to go to Money Out, and scroll down the long list of vendors.

8. PW had a brilliant idea for training. They decided to create modules and track how far an individual completed each module. They even have tests at the end of each module to make sure the person understood what they learned. This is great for employers tracking employee training progress. The training is on a basic level in PowerPoint format. I'm not against PowerPoint, but the problem is that PW originally had an amazing and deep selection of videos and recorded webinars that explained PW’s functions clearly and extensively. They even had them grouped into categories. It was awesome! But when they launched the PowerPoint training, they removed the videos. We requested links to the videos, and even asked if the videos were on youtube. PW refused to give us any access to the videos.

9. There are no digital signatures, not even on the applications. So when getting referrals from other landlords who require a signature from the applicant, we must use Docusign as an extra step. The development team at PW is finally beginning to talk about implementing digital signature. However, they have made it clear that you will have to pay extra for that option.

10. Be prepared to pay extra for everything. It costs extra for more than 1 GB of storage for rental agreements and other documentation, inspections, or the upcoming eSignatures.

11. PW has an alert page, which we use regularly like a to-do list. Once again, it's great idea that is poorly executed. The alerts come in randomly instead of by date. We have to look very carefully to make sure we do not miss an important alert because it could have been buried in the long list. We would like to see the option to group the alerts by type or even importance into folders. Right now, it is a hodgepodge of chaos with only tiny symbols to show what type each alert is. And we would like the ability to select multiple alerts to delete at one time, instead of having to delete each one individually.

12. Move out procedure. The move out procedure could be better. It would be nice to have a move out checklist similar to other systems. Also, PW does not allow you to enter a forwarding address without doing the final accounting. We don’t want to refund a deposit until all the expenses and repair bills have come in, yet we can’t enter the forwarding address until the deposit is refunded.

Overall, our experience is positive. Prior to PW we used QuickBooks, Excel and Word to manage...

Overall, our experience is positive. Prior to PW we used QuickBooks, Excel and Word to manage everything. PW has allowed us to grow and automate much of what we used to do manually.

We onboarded about 800 units and while that involved a lot of work, the PropertyWare staff were very helpful and made the process easy. We like that staff across the board can use the software and we can tailor their experience based on what position they are in.

My company now manages over 1100 units for 16 different portfolios. PropertyWare isn't the most intuitive for handling that many units or portfolios. Also I struggle with reports, often times there are fields that aren't options to pull into reports.

We had too many units and using QuickBooks became to cumbersome

Reasons for Switching to Propertyware

Pricing and ease of use

Thanks for your review, and for making Propertyware your one-stop shop for managing your portfolios. Please continue to lean on support with any questions you may have, especially with reporting questions.

Here's to many more years of growth together!

Showing 5 reviews of 262 Read all reviews

Q. What type of pricing plans does Propertyware offer?

Q. Who are the typical users of Propertyware?

Propertyware has the following typical customers:

Q. What languages does Propertyware support?

Q. What other apps does Propertyware integrate with?

Propertyware integrates with the following applications:

Q. What level of support does Propertyware offer?